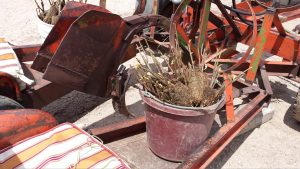 In 2014 the O’Neill’s planted 600 black currant plugs with a rented NRCS tree planter into fabric in their tree grove. Photo by Kari O’Neil.

In 2014, Kari and Rick O’Neill made plans to clear out several rows of their quarter-mile-long tree grove and replant.  At that time, Kari had become interested in growing fruit that could be sold to wineries.  Black currants ended up being her choice, due to their growth in the wild in the region, and their hardiness.  Rick and Kari ranch between Martin and Mission, SD, in semi-arid land prone to drought and sandy soils.

Black currant bushes start bearing fruit in approximately four years.  Until that time, pruning and fertilization are key to production.

Caring for a large number of black currant bushes is very labor-intensive.  O’Neill prunes every bush in early spring, and applies a generous portion of 7-yr-old aged manure (now compost) by hand.  There is weeding to be done, and watering through a drip-line system with nozzles emitting at each bush.

Picking the berries is a rewarding time, but still very labor-intensive at the O’Neill ranch.  Kari hires local people (5-7 if possible) to hand-pick the currants.  She sorts the trash out, and freezes them in gallon zip-lock freezer bags. 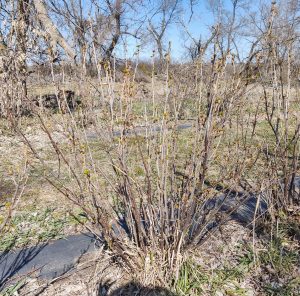 Finding a market for the fruit has been challenging, but workable.  O’Neill sells the majority of the fruit to a jam-maker at a larger winery.  She also makes sales to a honey-infuser, brewery, and smaller winery.

“You have to love the time spent outside in the grove,” says O’Neill.  While she hopes the business becomes profitable at some point, she has enjoyed the connections she has made, the products she has experimented with, and the compliments from people who enjoy her products. “Family and friends know what they will likely get for Christmas,” says O’Neill! 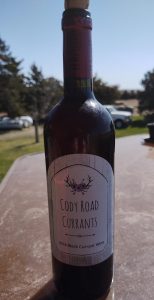 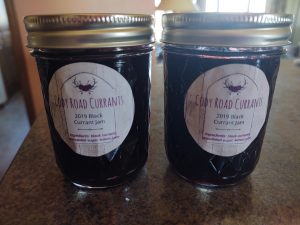